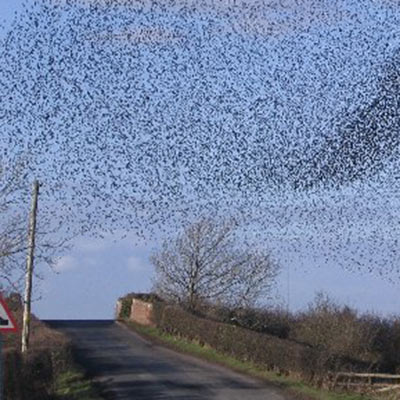 A flock of birds flows like a liquid, but in one respect it acts more like a solid, according to a new computer simulation (above). Flocking birds can fly together as an impressive fluidlike mass, and a team of physicists wanted to know whether a flock possesses a cohesion similar to surface tension in a real liquid.