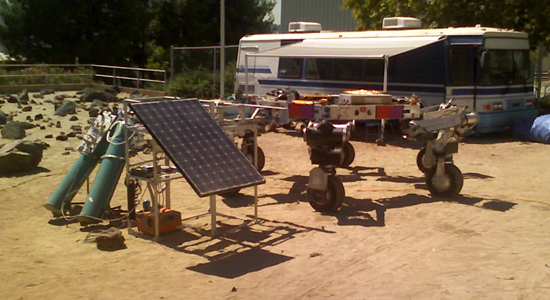 A basic fuel sell system starts with plain water (which, for those of you a bit rusty on your high school chemistry, is two hydrogen atoms bonded with an oxygen atom). Using an electrical current, such as from a solar panel, the water molecules can be broken up into oxygen gas and hydrogen gas. These two gasses are stored separately until power is needed—the larger the reserve tanks holding the gasses, the more power available later. Upping the pressure in the tanks compresses the gas down into a smaller volume, meaning more power potential in less space.