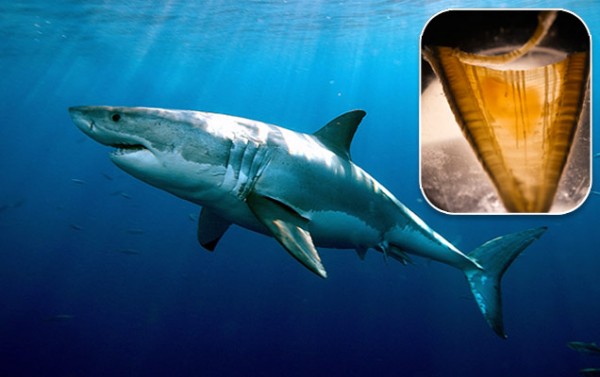 Great white sharks are longer in the tooth than we thought. Traditionally, researchers age a great white (Carcharodon carcharias) by tallying the alternating light and dark bands that form on the animal’s vertebrae as it grows, similar to rings on a tree. Using this method, experts believed the species had a life expectancy of about 30 years. But now, scientists have harnessed radioactive remnants of the Cold War to conduct the most precise age measurements of great whites ever—and their results blow the previous estimate out of the water.