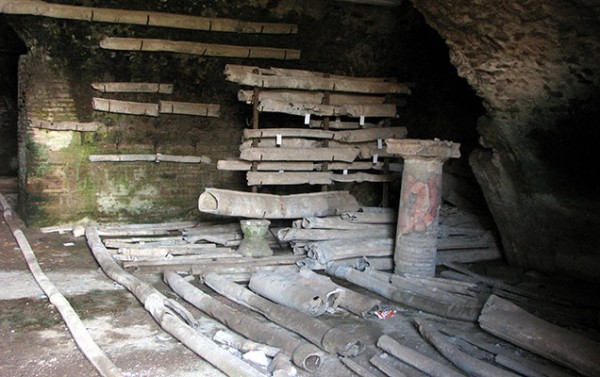 When in ancient Rome, don’t drink as the Romans do. High-born Romans sipped beverages cooked in lead vessels and channeled spring water into their homes through lead pipes (pictured). Some historians argue that lead poisoning plagued the Roman elite with diseases such as gout and hastened the empire’s fall. Now, a team of archaeologists and scientists has discovered just how contaminated Roman tap water was.