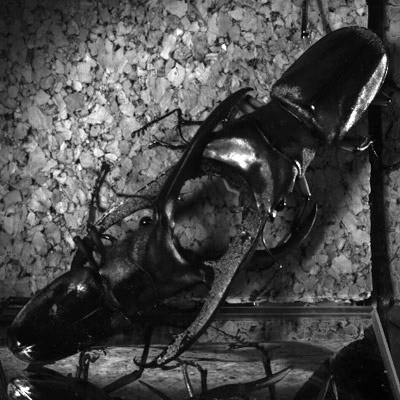 What Makes Beetles Such Great Wrestlers?

When beetles brawl, they put professional wrestlers to shame. Male Cyclommatus metallifer stag beetles use their long jaws, called mandibles, in scuffles for rotten wood and mating rights (as seen in the above video). During a bout, the beetles maneuver their opponent between their pinching pincers and try to flip them helplessly upside down.