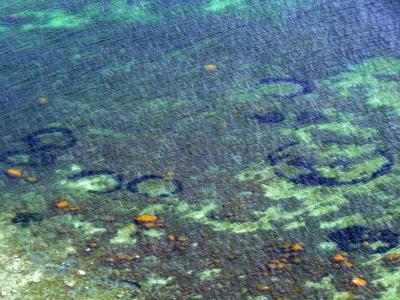 The truth behind the mysterious underwater circles that periodically appear off the coast of Denmark has been discovered, and sadly it doesn’t involve aliens, fairies, or the fabled lost city of Atlantis. In 2008, a tourist snapped photos of several large dark rings that appeared near the white cliffs of Denmark’s island of Møn in the Baltic Sea.