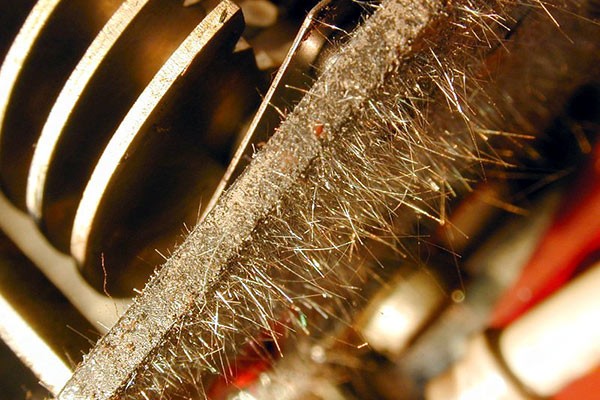 How to Shave Metal Whiskers

A whisker can be a wicked thing. In 2005, a Connecticut nuclear power plant shut down after a short-circuited pressure sensor triggered a false alarm. The culprit was a solitary metal whisker thinner than a human hair that sprouted inside the sensor’s electronics. Metal whiskers, such as those pictured above, have incapacitated four satellites and short-circuited more than $10 billion in electronics since their discovery in the 1940s, yet until now the mechanism behind whisker formation remained a mystery.