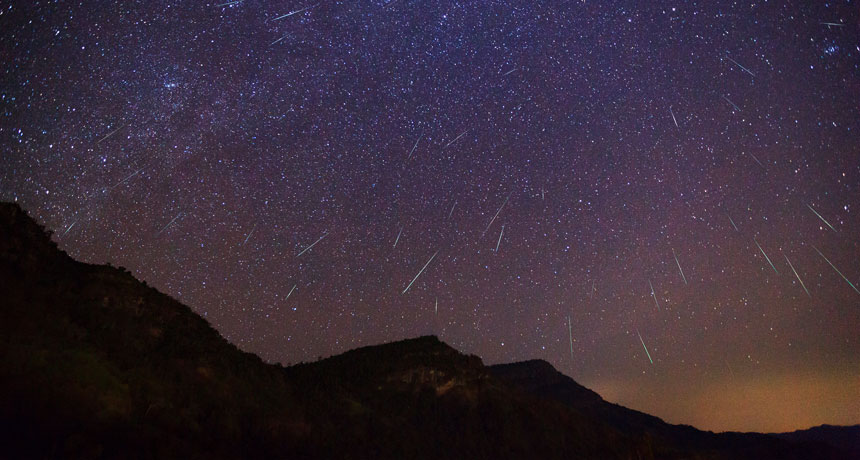 Why you can hear and see meteors at the same time

For centuries, skywatchers have reported seeing and simultaneously hearing meteors whizzing overhead, which doesn’t make sense given that light travels roughly 800,000 times as fast as sound. Now scientists say they have a potential explanation for the paradox. 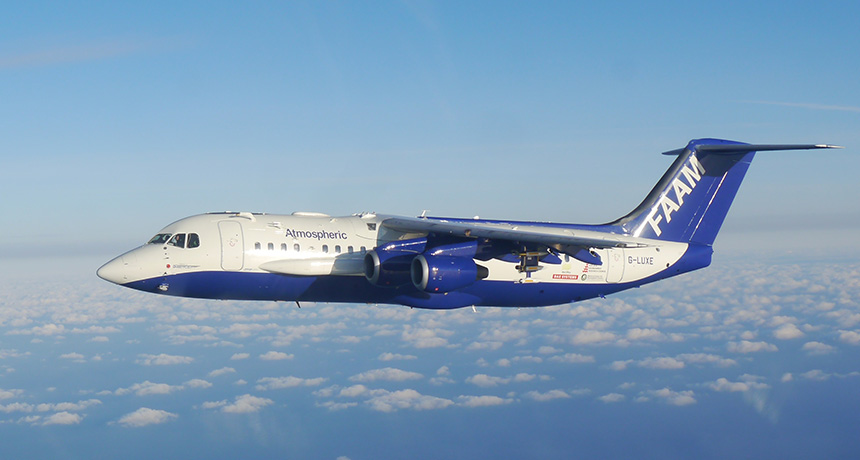 Right now, somewhere in the world, it could be raining lollies. A 2009 research flight through clouds above the British Isles gathered ice particles with an unusually sweet look. Each millimeter-sized particle consisted of a stick-shaped piece of ice with a single water droplet frozen on the end, giving it the appearance of a lollipop. Atmospheric scientist Stavros Keppas of the University of Manchester in England and colleagues report the discovery of the atmospheric confections in a paper to be published in Geophysical Research Letters. 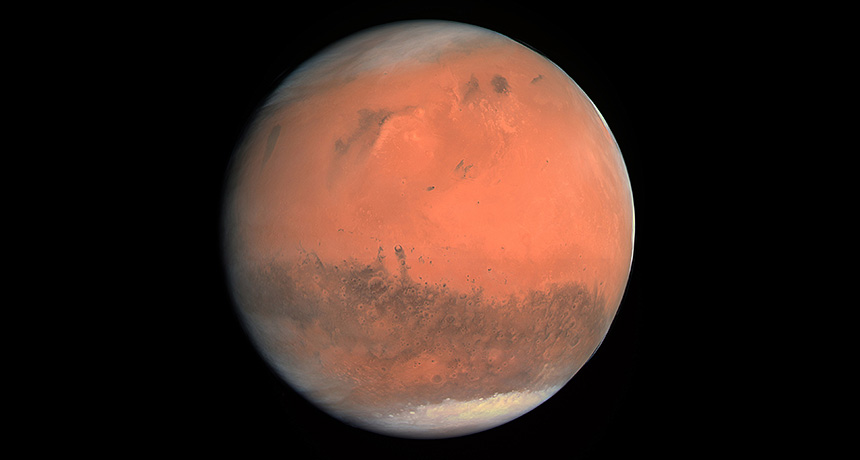 Mars may not have been born alongside the other rocky planets

Mars may have had a far-out birthplace. 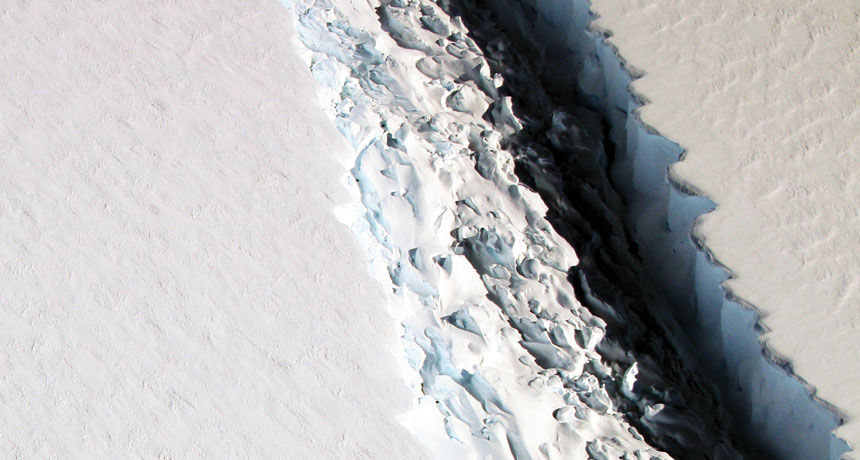 The 180-kilometer-long crack threatening one of Antarctica’s largest ice shelves has branched out, new satellite observations reveal. The main rift in the Larsen C ice shelf hasn’t grown longer since February. But radar mapping shows that a second crack has split off from the main rupture like a snake’s forked tongue, members of the Antarctic research group Project MIDAS reported May 1. That second branch, which stretches around 15 kilometers, didn’t exist on radar maps taken six days earlier, the scientists say. 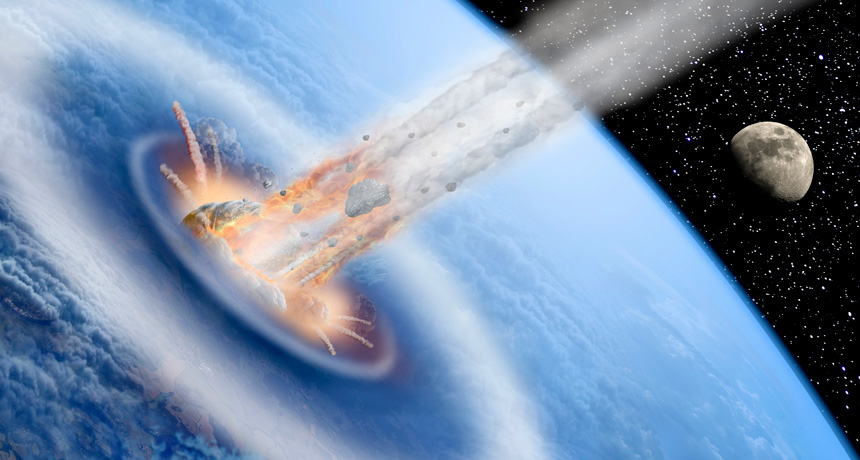 Here’s how an asteroid impact would kill you

It won’t be a tsunami. Nor an earthquake. Not even the crushing impact of the space rock. No, if an asteroid kills you, gusting winds and shock waves from falling and exploding space rocks will most likely be to blame. That’s one of the conclusions of a recent computer simulation effort that investigated the fatality risks of more than a million possible asteroid impacts. 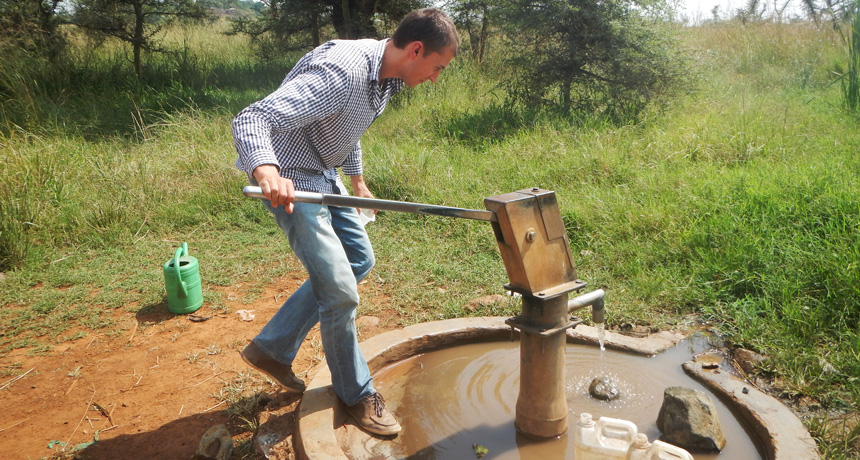 ‘Fossil’ groundwater is not immune to modern-day pollution

Groundwater that has lingered in Earth’s depths for more than 12,000 years is surprisingly vulnerable to modern pollution from human activities. Once in place, that pollution could stick around for thousands of years, researchers report online April 25 in Nature Geoscience. Scientists previously assumed such deep waters were largely immune to contamination from the surface.

A recent upsurge in planet-warming methane may not be caused by increasing emissions, as previously thought, but by methane lingering longer in the atmosphere. 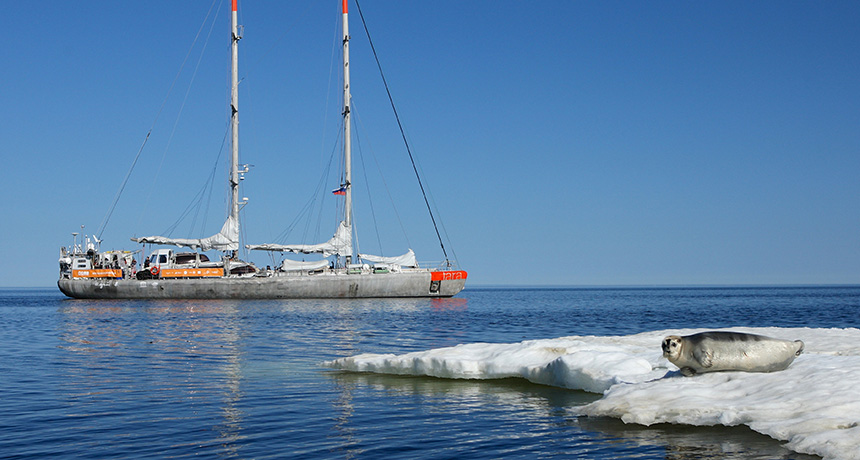 The Arctic is a final garbage dump for ocean plastic

The Arctic Ocean is a final resting place for plastic debris dumped into the North Atlantic Ocean, new research suggests. 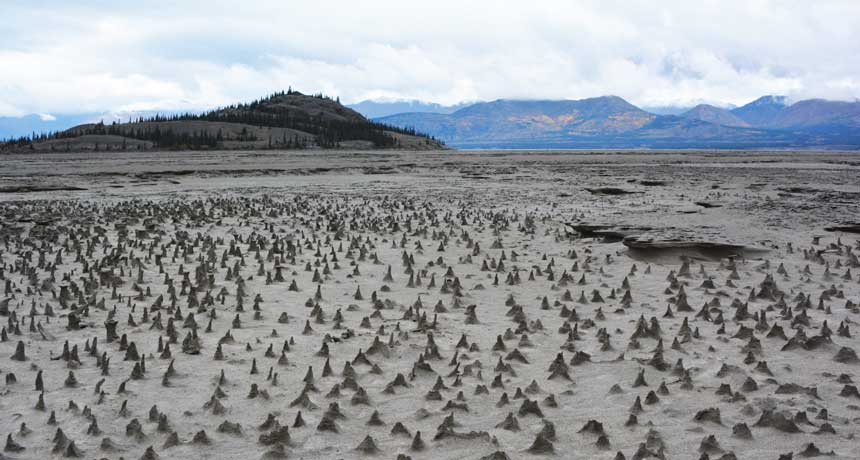 ‘River piracy’ on a high glacier lets one waterway rob another

Ahoy! There be liquid booty on the move in the high mountains. Since May 2016, a channel carved through one of northwestern Canada’s largest glaciers has allowed one river to pillage water from another, new observations reveal. This phenomenon, almost certainly the result of climate change, is the first modern record of river piracy caused by a melting glacier, researchers report online April 17 in Nature Geoscience. Such piracy was rampant as the colossal ice sheets of the Last Glacial Maximum began shrinking around 18,000 years ago. 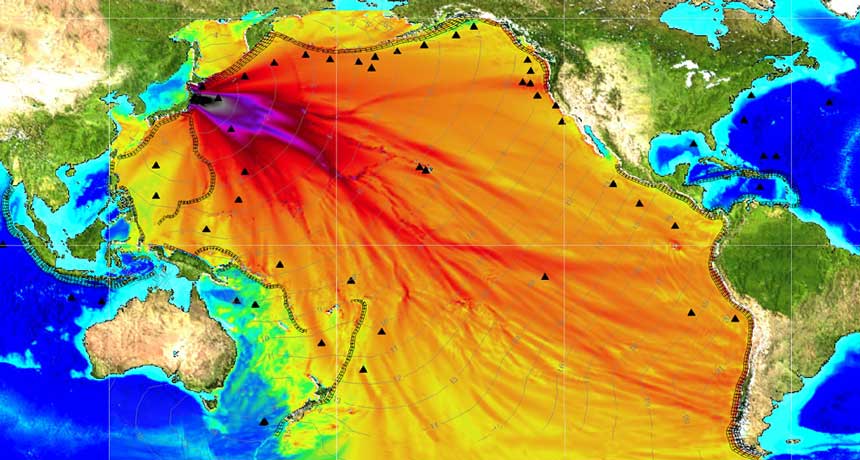 Earthquake-powered shifts along the seafloor that push water forward, not just up, could help supersize tsunamis.