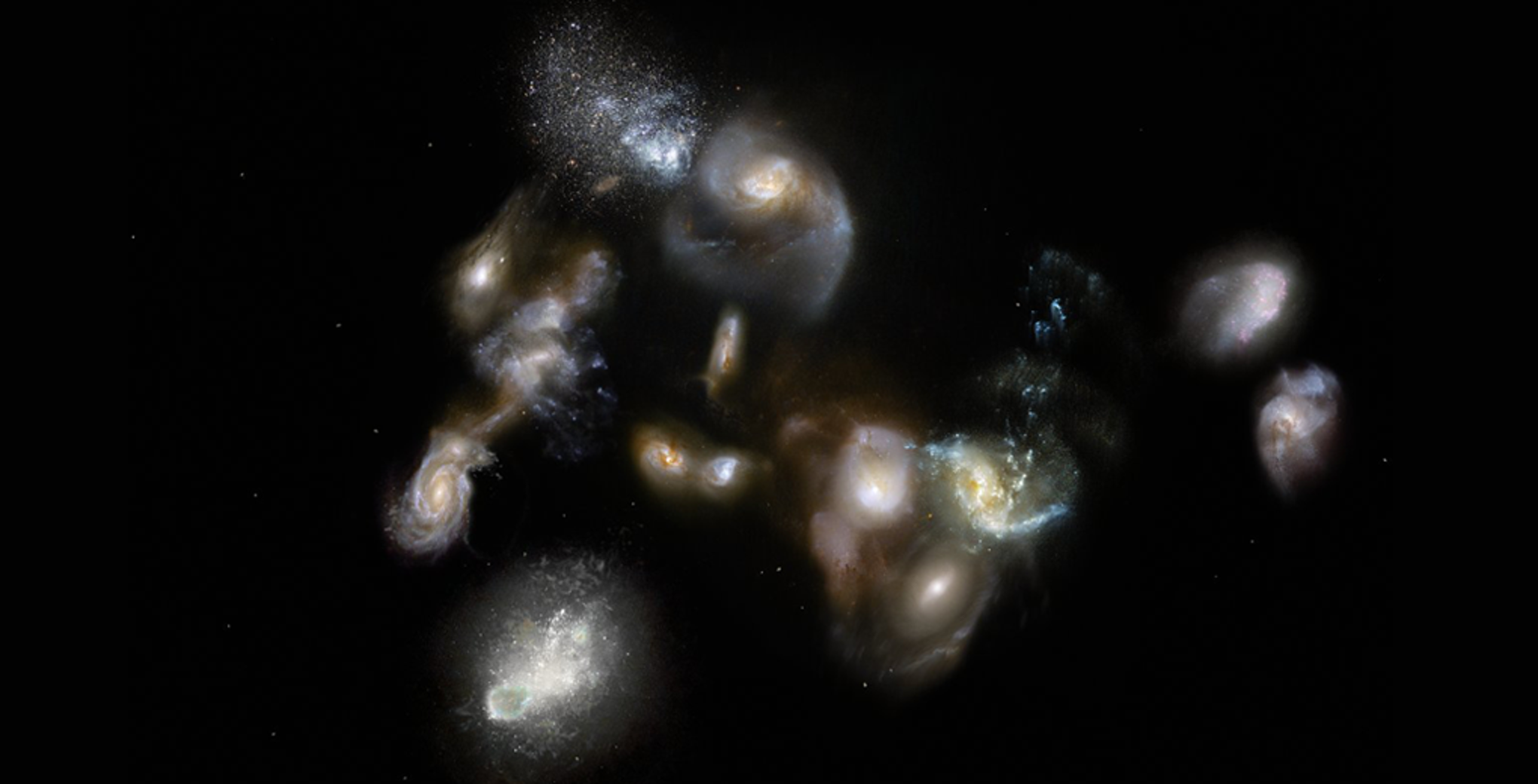 Assembly of Massive Galaxy Cluster Witnessed for the First Time

For the first time, astronomers have witnessed the birth of a colossal cluster of galaxies. Their observations reveal at least 14 galaxies packed into an area only four times the diameter of the Milky Way’s galactic disk. Computer simulations of the galaxies predict that over time the cluster will assemble into one of the most massive structures in the modern universe, the astronomers report in the April 26 issue of Nature.