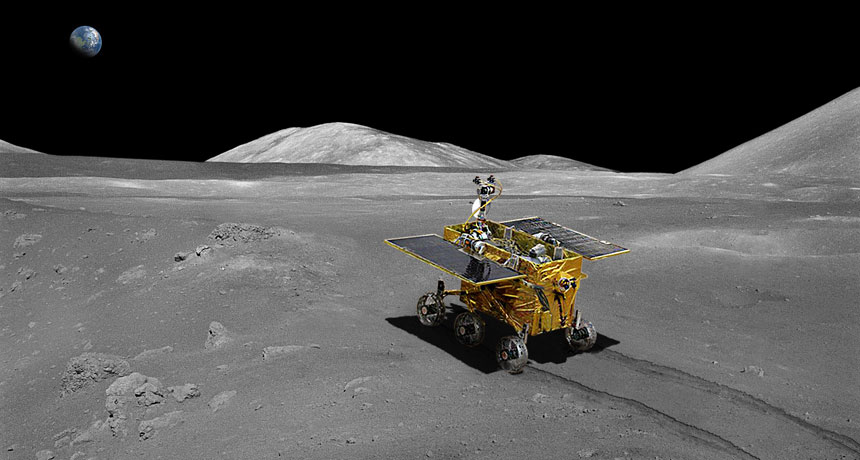 Radar waves beamed into the moon’s surface by China’s Yutu rover have revealed nine distinct subsurface layers directly beneath the rover’s landing site in the Sea of Rains. The multitude of rocky layers suggests that the moon has a more storied geological history than once thought, researchers report in the March 13 Science.