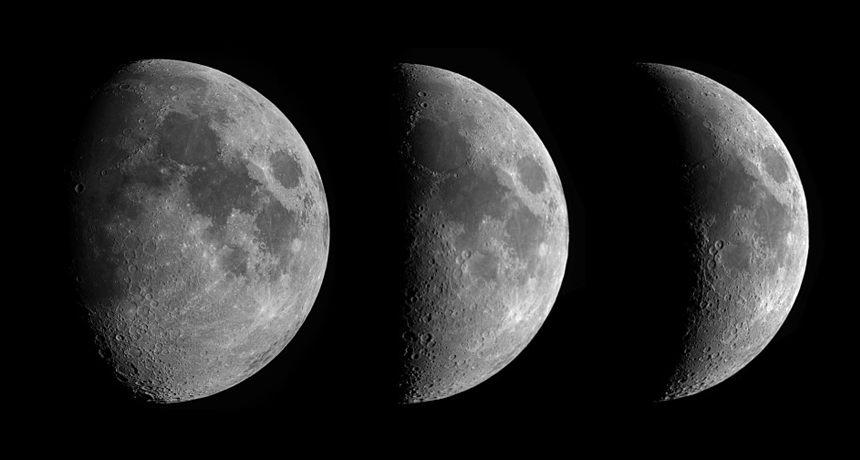 The Earth and moon’s celestial dance was a lot wilder during the pair’s youth. By simulating the early moon’s orbit, researchers have reconstructed what the moon’s phases would have looked like during the solar system’s early years. The result, presented online March 10 at arXiv.org, reveals a moon that alternated rapidly between its sunlit and shadowy sides and bounced like a ball toward and away from Earth.