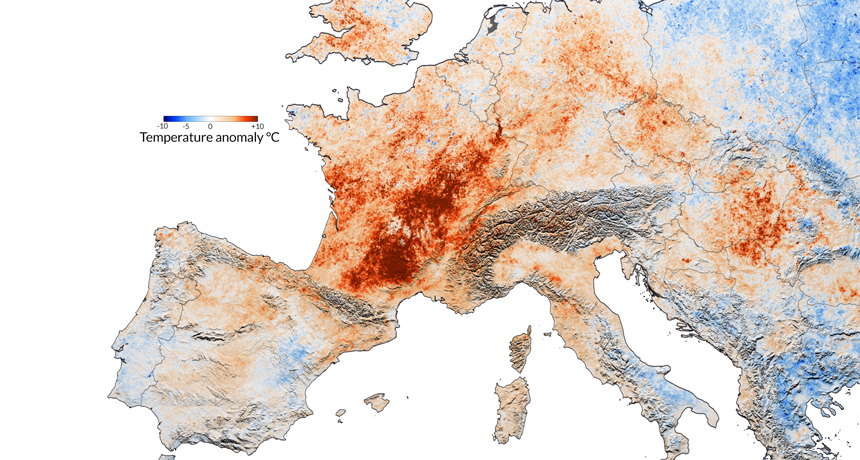 Climate change flaunted its deadly side during the 2003 European heat wave, which killed over 70,000 people across the continent. In London and Paris alone, global warming led to 570 more heat-related deaths than would be expected without human-caused warming, researchers estimate in the July Environmental Research Letters.