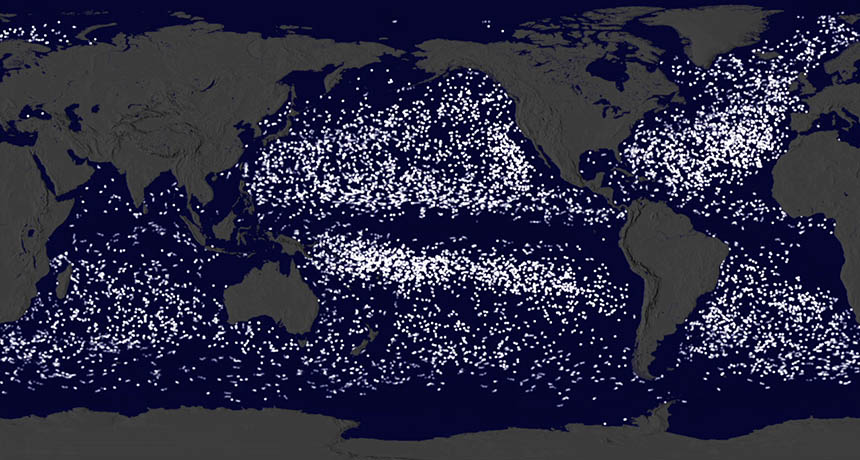 Garbage in, garbage out. But where does all that garbage go? In the oceans, floating bits of debris — everything from plastic bags to Legos — tend to ride along ocean currents to a common destination: one of five major whirling ocean gyres, also known as the ocean garbage patches. Researchers recently got a new look at these gyres thanks to a visualization that combined 35 years’ worth of data on another thing humans drop into the oceans: scientific buoys. The visualization was a finalist in the Data Stories competition sponsored by the American Association for the Advancement of Science. The winners were announced May 5.