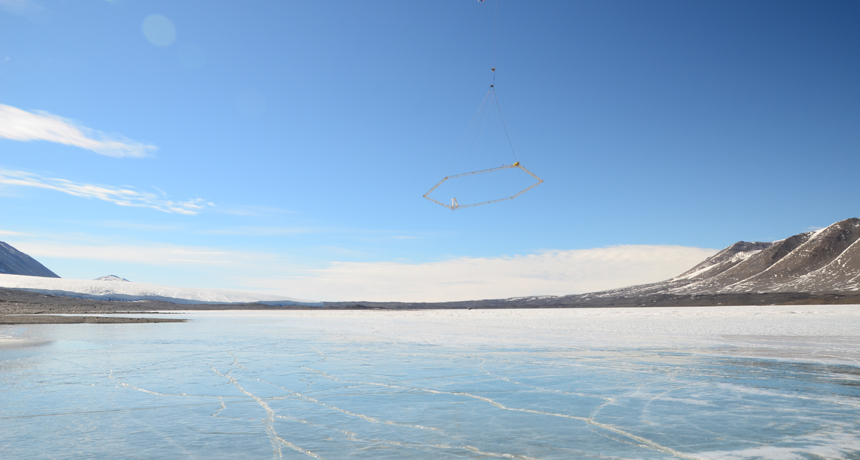 The underside of Antarctica’s dry valleys isn’t so dry after all. Researchers have discovered extensive saltwater basins more than 100 meters beneath the permafrost, glaciers and frozen lakes that cover one of the McMurdo Dry Valleys. Scientists had previously believed this underground realm was hard, frozen earth. The newly discovered groundwater may have been sealed off for millions of years and could support microbial life, the researchers report online April 28 in Nature Communications.