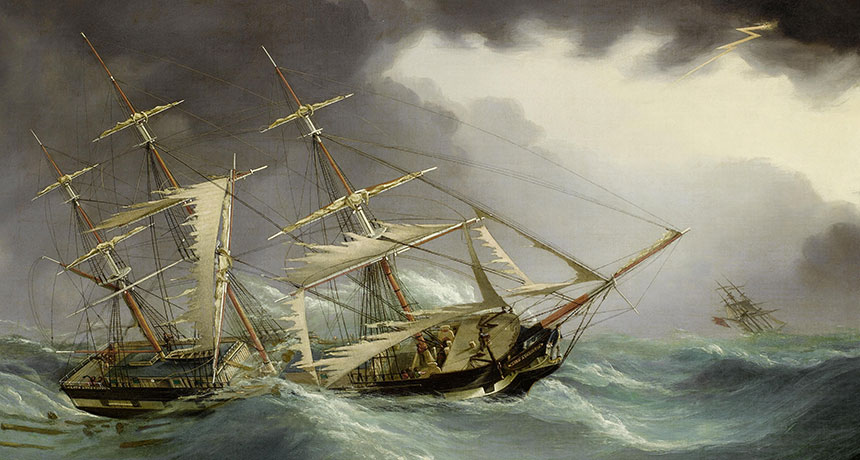 Using records of ships wrecked by Atlantic hurricanes dating as far back as the days of Christopher Columbus, researchers have extended the hurricane record by hundreds of years. The work reveals that hurricane frequency plummeted 75 percent between 1645 and 1715, a time called the Maunder Minimum when the sun dimmed to its lowest recorded brightness.