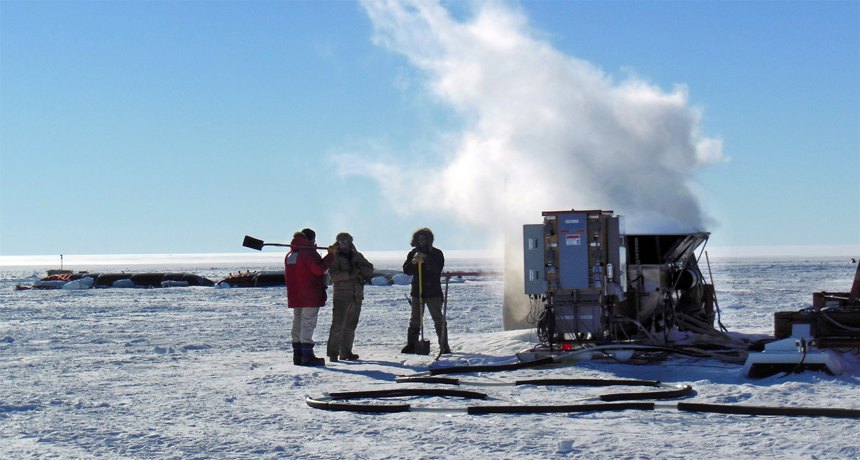 In January 2013, researchers pulled the first water samples from a dark, frigid lake sealed beneath the Antarctic ice sheet. Within hours, they announced they had found live cells in the water. Now after remaining tightlipped for 19 months, the team reports in the Aug. 21 Nature that the lake doesn’t just contain microbial life, it teems with it.

A version of this article appears in the September 20, 2014 issue of Science News. Adapted for Science News for Students.