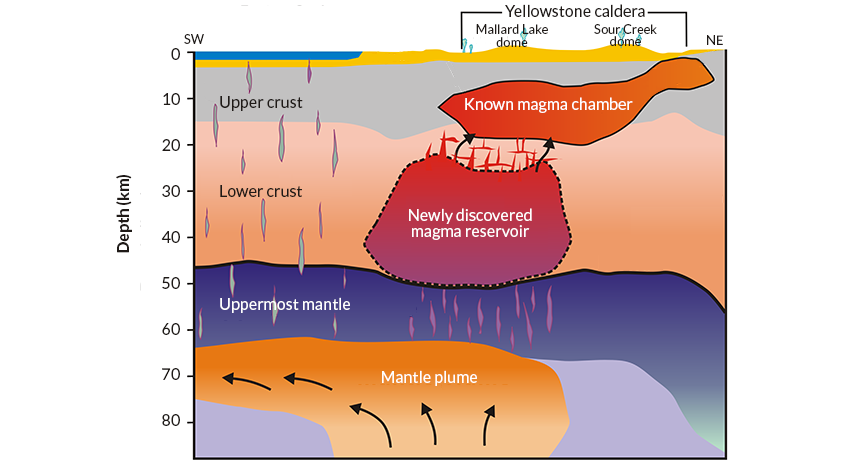 Every day, the supervolcano lurking under Yellowstone National Park belches up 45,000 metric tons of carbon dioxide — much more than could be produced by the known magma chamber that lies just below the surface. Now, scientists have spotted a source of the excess gas, and it’s a doozy. They’ve discovered a magma pool containing enough hot rock to fill the Grand Canyon 11 times, the researchers report online April 23 in Science.