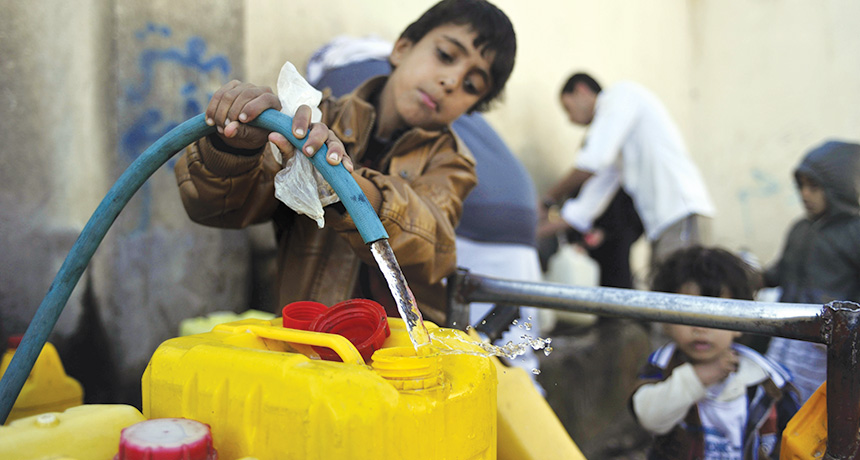 The world is on the verge of a water crisis. Rainfall shifts caused by climate change plus the escalating water demands of a growing world population threaten society’s ability to meet its mounting needs. By 2025, the United Nations predicts, 2.4 billion people will live in regions of intense water scarcity, which may force as many as 700 million people from their homes in search of water by 2030. Those water woes have people thirstily eyeing the more than one sextillion liters of water in Earth’s oceans and some underground aquifers with high salt content.

A feature on emerging technologies such as graphene that could make desalination cheaper and more accessible. Cover story for issue.