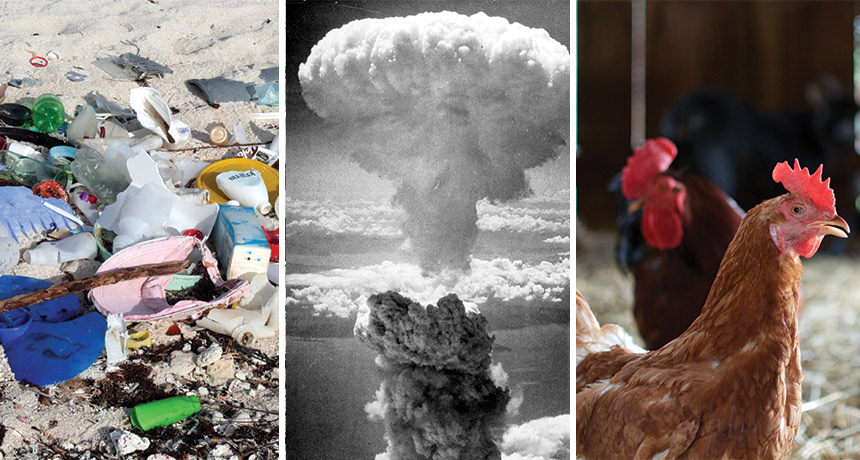 Humankind’s bombs, plastics, chickens and more have altered the planet enough to usher in a new chapter in Earth’s geologic history. That’s the majority opinion of a group of 35 experts tasked with evaluating whether the current human-dominated time span, unofficially dubbed the Anthropocene, deserves a formal place in Earth’s geologic timeline alongside the Eocene and the Pliocene.