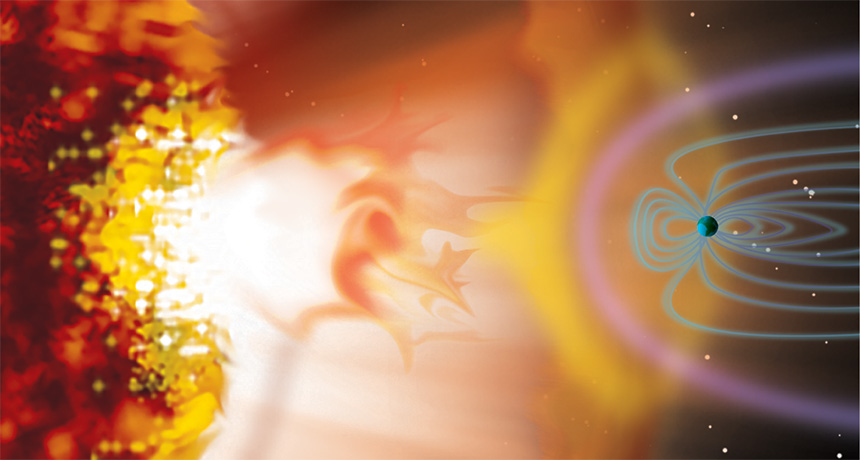 Solar outbursts may have supplied early Earth with the right stuff for life. Based on telescope observations of young sunlike stars, researchers estimate that “super” solar flares bombarded Earth with energetic particles at least once a day around 4 billion years ago. Collisions between the particles and molecules in Earth’s atmosphere produced nitrous oxide, a planet-warming greenhouse gas, and hydrogen cyanide, a crucial component for building DNA, the researchers propose May 23 in Nature Geoscience.