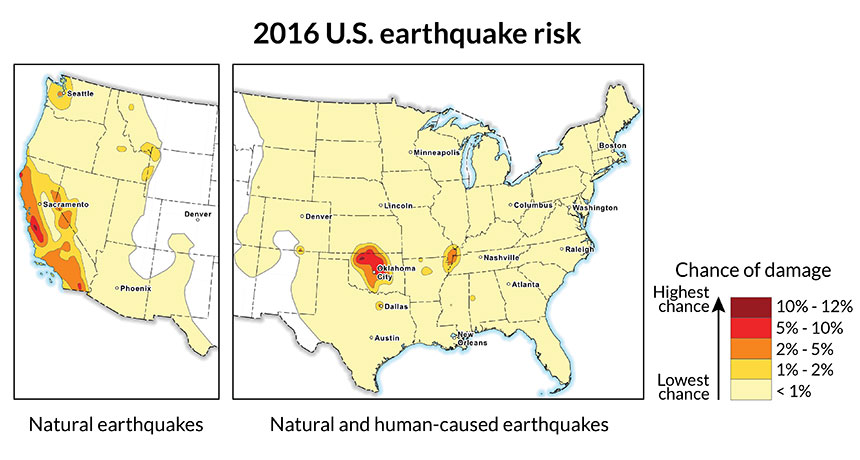 Quake risk in parts of central U.S. as high as in fault-filled California

Northern Oklahoma is just as susceptible to a damaging earthquake within the next year as the most quake-prone areas of California. That’s because earthquakes are no longer just a natural hazard, the U.S. Geological Survey says. In its new quake hazards forecast released March 28, the agency for the first time has included artificially triggered seismicity.