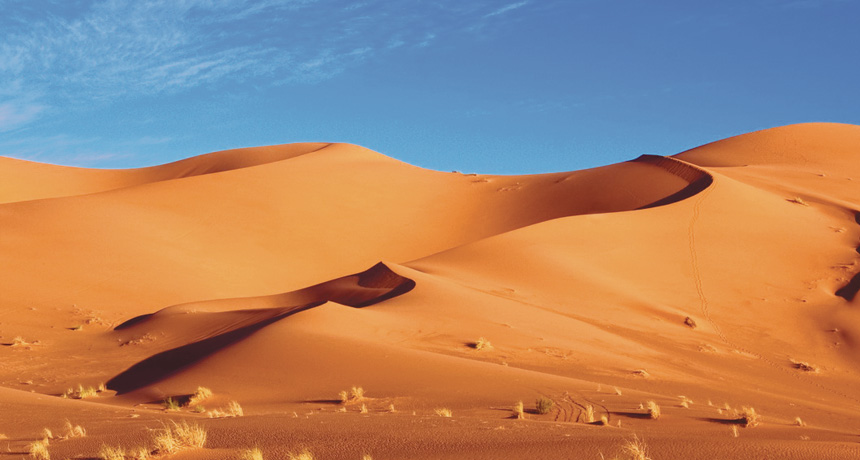 The Sahara Desert may be millions of years older than scientists thought, researchers report in the Sept. 18 Nature. The team’s climate reconstruction suggests that the desert formed 7 million years ago as the ancient forerunner of the Mediterranean Sea shriveled.