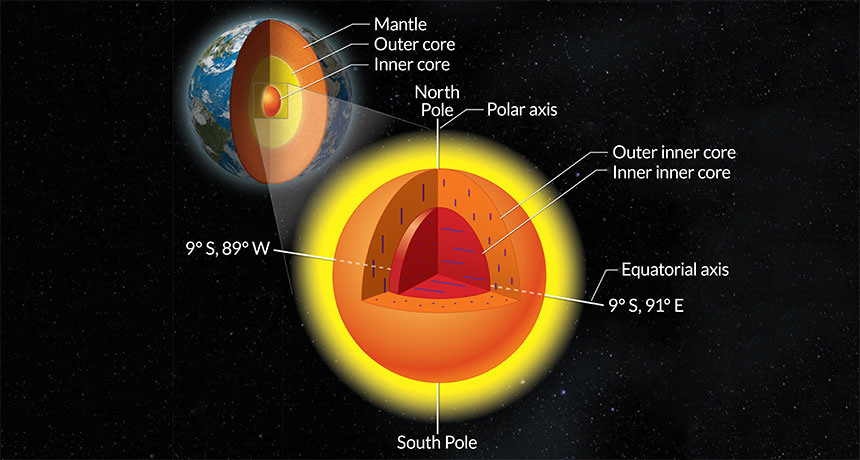 Earth’s deepest realm may be billions of years older than previously thought. New simulations of the planet’s formation suggest that the innermost part of the inner core solidified shortly after Earth’s assembly, rather than roughly 3 billion years later alongside the rest of the inner core.