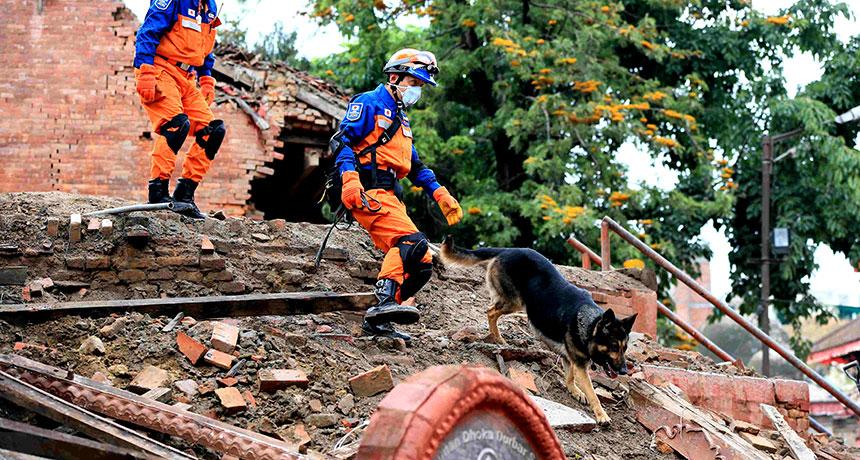 Stronger quakes could strike other segments of Nepal fault

The April 25 earthquake that devastated Nepal, killing thousands, isn’t the end of seismic hazards in the region. The magnitude 7.8 earthquake relieved pent-up stress along just one segment of the tectonic plate boundary between India and the rest of Asia. Even larger quakes could strike to the west and in nearby Bhutan to the east, scientists warn.