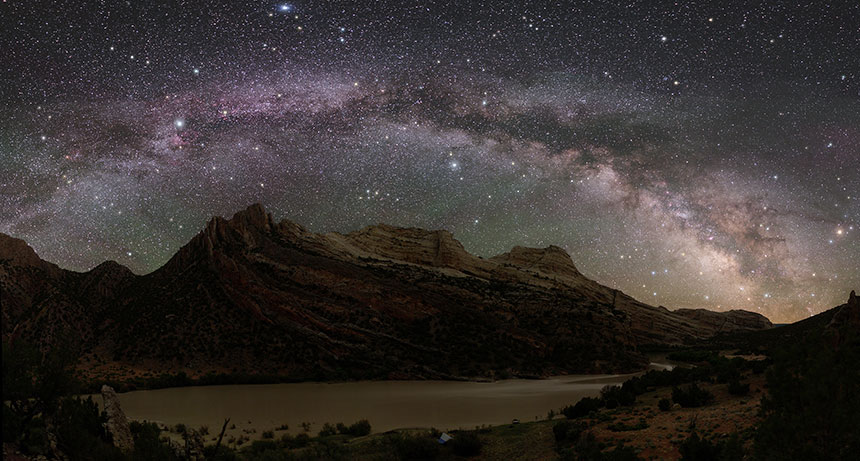 At night, a river of stars cuts through the dense darkness of space. These celestial bodies form our galaxy’s core and their soft glow earned our galaxy the moniker “Milky Way.” But for more than a third of Earth’s population, the glare of artificial lights conceals this cosmic wonder from view, researchers report June 10 in Science Advances. Nearly 80 percent of North Americans and 60 percent of Europeans can no longer see the galactic core at night, the researchers estimate.