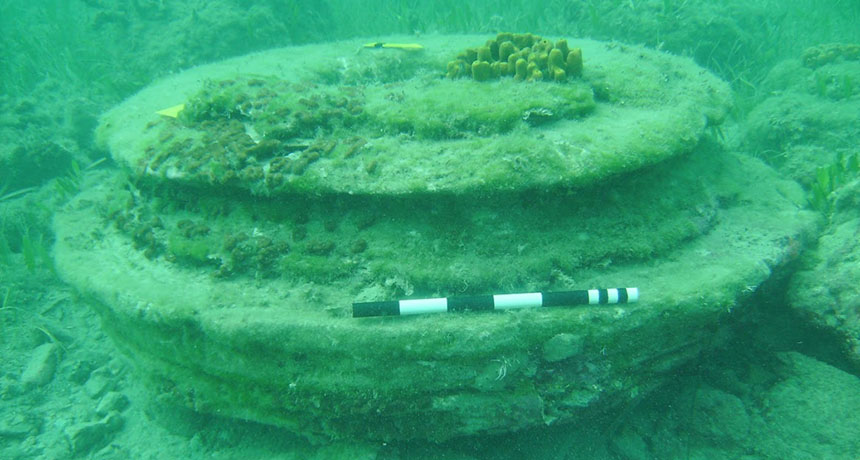 Underwater city was built by microbes, not people

When snorkelers discovered what appeared to be ancient stonework off the coast of the Greek island of Zakynthos in 2013, archaeologists sent to the site thought the odd rocks might be the ruins of an ancient city. But among the columns, bagel-shaped rings and paving stone‒like rocks, they found no telltale pottery shards or other artifacts. Soon after, geochemist Julian Andrews of England’s University of East Anglia and colleagues dove down to the supposed ruins and collected samples.