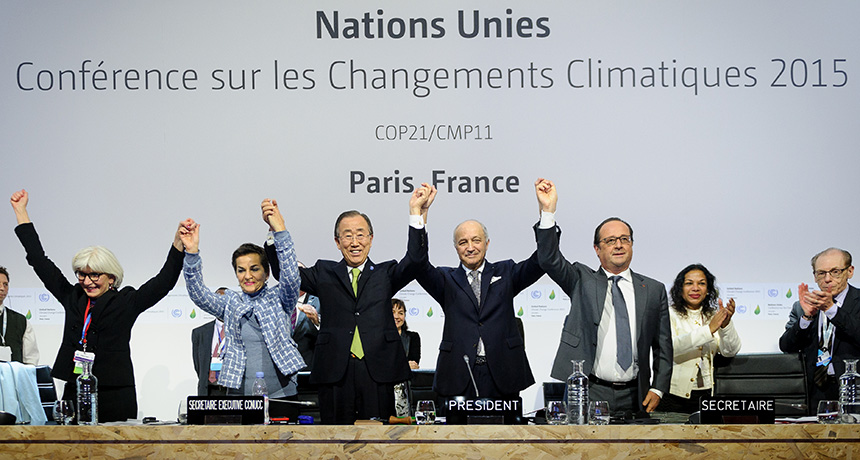 World will struggle to keep warming to 2 degrees by 2100

The world’s current game plan to combat climate change will miss the mark. Crunching the numbers on 187 nations’ climate action proposals announced in advance of the December 2015 Paris Agreement, researchers estimate that the efforts will limit global warming to 2.6 to 3.1 degrees Celsius above preindustrial levels. That’s far above the goal agreed upon in Paris of limiting warming to well below 2 degrees by 2100.